Local realtor, Elizabeth Faulkner, shares her own Tweetsie Railroad experience. Media passes were provided for her visit to Tweetsie Railroad, however, all opinions shared in this post are her own.

Confession of a bad mom. My family has spent a lot of time in the North Carolina mountains; specifically, the Boone, North Carolina area. Lots of time. For years. And we’ve driven right by Tweetsie Railroad many times over the years. Since my oldest daughter, who is now 7, was able to speak she’s been begging me to take her to that ‘place with the ferris wheel’ that we pass on our way to the mountains. And I (the bad mom) had never taken my girls to Tweetsie Railroad. Until today.

The history behind Tweetsie Railroad

Tweetsie began as a railway between Tennessee and North Carolina in the late 1800s. The extension into Boone, NC began in the early 1900s, as a passenger train as well as a method of moving lumber out of the mountains. The train was referred to as Tweetsie because of the “tweet tweet” whistle sound the train made that echoed through the hills. And the name stuck.

Many years later, road development bringing competition from automobiles, and later flooding in Boone, brought an end to the much adored Tweetsie Railroad. Though initially Tweetsie Locomotive No. 12, the only original of the 13 steam engines from the rail line, was moved to Virginia, No. 12 later returned to her home in Boone, NC and the Tweetsie Railroad that we know today began. Though the history of Tweetsie Railroad is truly fascinating, the North Carolina mountain theme park has been loved by children for generations. If you’re a history buff you can read the Tweetsie Railroad history for yourself right here.

Today’s Tweetsie Railroad is a sweet theme park located in Blowing Rock, North Carolina. If you are like I was, unaware of all the fun hiding in those hills, you’re in for a real treat.

Our day at Tweetsie Railroad

Our first stop after entering the gates this morning was the train ride, of course. After all, I’ve never ridden a 100+ year old steam locomotive.  Winding through the hills near the theme park this short train ride was complete with replica old mountain towns, cowboys, and even a shoot out. The train ride was so fun we did it again later that afternoon.

Once we got off the train we decided to take in a show – one of many shows featuring cowboys, can-can girls, magicians, musicians, dancers and more. Though there were lots of fun shows to see, this was the only one we made it to. The girls and I all loved it. I’d say their favorite part was the end of the show when they got to get up on stage and try a little can-can dancing of their own.

Then we were on to some rides. I think one of the great things about Tweetsie Railroad was that we didn’t run into even one ride my 7 and 3 year old were too little to ride (though there was one ride I was too big to ride!). Now, that said, we did not get to one portion of the park that included the bigger rides – the few I’m pretty sure my little ones wouldn’t be able (or brave enough) to ride. We’ll check that out next time.

After a yummy pizza lunch, we took the chair lift up to Miner’s Mountain, the little kid portion of the park. The chair ride up to Miner’s Mountain was an adventure all on its own. If you’ve been on a ski lift it’s the same idea. Beautiful views, and a little bit of praying no one wiggles along the way – it’s a long way to the ground. I thought for sure my husband would have us walking back down the mountain – he’s not a fan of heights – but we rode the chair lift back down the mountain too.

Honestly, once we got to Miner’s Mountain, we were running out of steam so after the girls played on the playground a little while we headed directly to Deer Park Zoo. Given that we’ve been to a bunch of zoos, I didn’t have very high expectations for this one but it may have been my favorite part of the day. This animal park includes about 90 animals that we got to be up close and personal with, including several kind of goats, deer, emus, llama, miniature horses and many more. Plus, we were able to buy ice cream cones filled with feed (for 50 cents each) before we walked in which made for a ton of fun. Think animals eating feed right out of your little ones hands – it just doesn’t get sweeter than that! Though, personally, I really loved watching the animals when they finally got to their favorite snack – the ice cream cone. What a riot. I could’ve spent all afternoon in the sweet Deer Park but we did finally head out. It was way past nap time after all.

Though there were many rides we never got to ride and shows we didn’t see, we were all tired out after spending most of the day at Tweetsie Railroad so it was time for us to go home. All in all, it was a great first (though not last!) visit to Tweetsie Railroad.

Truth be told, I’m not sure who had more fun, the kids or me. The park was small enough that is was easy to navigate and didn’t feel overwhelming, perfect for little ones, full of super friendly staff, and never felt crowded at all. I also really appreciated that the tickets included everything – all the rides and shows, unlimited train rides, and the zoo. This old fashioned, family oriented theme park is a local and regional favorite and now I understand why. Like it is for so many others, Tweetsie Railroad will become a family tradition for my own family.

And now that we’ve finally made it to this tourist hot spot I have some tips for you when you go:

Tweetsie Railroad is open for the 2022 season!

The 2022 season at Tweetsie Railroad is loaded with special events, including the ultra popular K9s in Flight Frisbee Dogs®, Riders in the Sky, Railroad Heritage Weekend, and more! See the entire list of special events here.

This year’s K9s in Flight Frisbee Dogs® event happens July 23-25 & July 28-31. These high-flying pups will amaze you with their flips and tricks! Shows are included with regular park admission.

If you enter the park after 3 pm, the next day is free! Keep your ticket stubs and present them at the Ticket Office for another full day of family fun.

If you are lucky enough to get to Tweetsie Railroad more than a couple times in a season you might want to consider a season pass.

Local realtor, Elizabeth Faulkner, takes great pride in working hard and providing top-notch service to her clients. Her goal is to make the buying and selling process a smooth one for each and every client she serves!

Read more about Elizabeth Faulkner on Kidding Around. 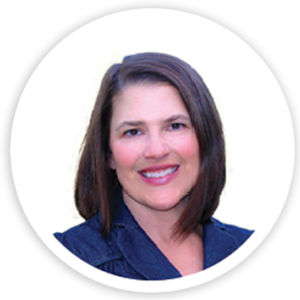 Elizabeth Faulkner, her husband and two young daughters moved back to Greenville in 2013 after spending over a decade in Charlotte and 3 years in the Dallas, Texas area. When first arriving in our area she spent four years working with the staff at Kidding Around Greenville. During that time, she was able to explore the area and build a wealth of local knowledge about all things family related! Prior to working at KAG she spent many years working in marketing at several large corporations, including Verizon Wireless and Strayer University. With her local knowledge, marketing skills and history of buying and selling homes in various states she decided to transition to a career in real estate. Elizabeth is now in her 5th year working as a local real estate agent and is loving every minute of it! In her real estate career, Elizabeth enjoys meeting new people and helping them achieve their housing goals. She loves helping families moving into the area learn their way around the Upstate and find the right spot for them. She also enjoys helping folks who have been here for years sell their home and move on to their next home or phase of life! Elizabeth takes great pride in working hard and providing top-notch service to her clients. Her goal is to make the buying and selling process a smooth one for each and every client she serves! To contact Elizabeth, call 864.414.2434.

We happened to be there the same day you were and for our first visit, too. My girls are 7 and 12 and they had a great time. They enjoyed some of the fair rides for older children and loved the deer park, too. We all LOVED the chair lift and the views it had to offer. The weather that day could not have been more perfect. It was a perfect time to see the colors of fall, too. I would highly recommend this sweet park to families.

Been coming there all my life . Was shocked when I called and the general admission was 45 for adults, and then if you have a 3 yr old it’s 30, wow.

That’s actually low compared to some of the other nearby amusement parks.

[…] Find out more from Kidding Around Greenville here and directly through the park’s website here. […]